a synthetic compound that is a nonselective systemic herbicide, particularly effective against perennial weeds.
Let’s get one thing out of the way:  I realize this is a hot button controversial topic, and it’s unlike anything else I’ve ever written.  If you are a friend reading this, and you are against the use of glyphosate, I still consider you a friend, and I hope you still consider me yours.   I would think that this issue should not affect our friendship in the least.  Let’s just agree to disagree, okay?  But if you are willing, please hear my side.

I’ve seen numerous posts  and pictures memes floating out there on social media against glyphosate by people who don’t know the whole story. To me, this is personal.

When all the negative publicity about modern agriculture in the United States started floating around 10 years ago (at least in my world) about  topics such as organic produce, anti GMO’s, anti pesticide/herbicide), it really bothered me. After all, I was a brand new mom and, perhaps, conscientious to a fault. I wanted to protect my baby and make sure that he had the best possible start to life.  I certainly didn’t want my child exposed to toxic chemicals, and was wondering if it was worth the extra expense and effort to buy organic food for our family.

On the other hand, my dad is a third generation farmer on a dairy farm which was started by my great-grandfather. He has invested his entire life’s work to care for his family’s land.  It has always been his goal to help the farm produce good food for the dairy cows, to be successful, and provide for his own family. 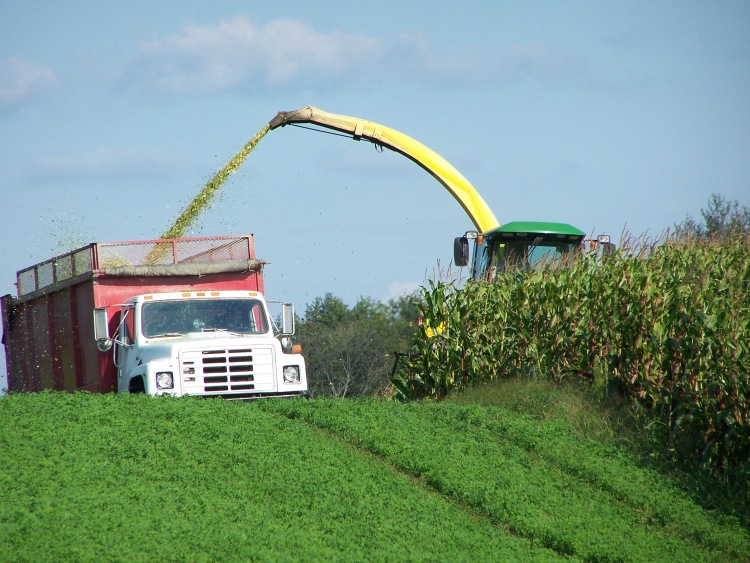 When my son was newborn, I first brought up the topic to my Dad to ask what he used on his crops, and find out his perspective. I was surprised to learn that he is the person on the farm who is the certified pesticide applicator, which allows him to purchase and apply commercial grade herbicides. Do you think he would want to be out there on the  family farm, spreading something that would hurt his family and causing harm to the soil and his dairy cows?

If you know my dad, the answer to that is  a firm “no”. My dad, his brothers and the nephews who are now continuing the farm, all truly care about the fields, the cows and their own families. Dad’s favorite part of farming is being out on the land, planting crops, watching them flourish and harvesting them. He would not want to hurt his land, poison his own animals, and much less harm his own grandchildren.

I learned in talking to my dad that there are many benefits in using glyphosate. The points below are definitely not exhaustive.  They are a few brief summaries.  (Please see the links at the bottom of this page for much more specific information.)

I know the argument is that natural is better, and for the most part, I believe that too.

My dairy farmer dad with his grandchildren

The men on my family’s 100 year old dairy farm are continuously aware that they are stewards of their farmland.  They do everything they can to give good care to the land so that it will flourish.  Yes, weeds and thorns are part of the curse in the Bible (see Genesis 3:17-19), but we are also told to fill the earth and subdue it (Gen. 2:15).  God gave us dominion over His creation (Gen. 1:26).   Taking dominion means that we make good use of the land, and  I personally believe that using  glyphosate doesn’t compromise that in any way.   The truth is that there have been numerous studies and glyphosate has not been shown to be harmful to humans.  It helps conserve the earth and allows for a safe, productive food supply.

Yes, you are welcome to disagree.  Remember my first paragraph above? Feel free to comment below.  (All comments are moderated before they are published.)  I have provided some links below that explain facts and details about this issue much better than I can.  I hope you will read some of them if you are still skeptical:

The study from the story above:  Glyphosate Use and Cancer Incidence in the Agricultural Health Study

This article is fascinating, citing studies that show how glyphosate has reduced CO2 emissions and increased soil conservation:  Everything in Agriculture is a Trade-Off

From The New Yorker:  Roundup and Risk Assessment

I didn’t talk about GMO’s specifically in this article, but this is a fantastic and detailed post on The Peterson Farm Blog if you wish to delve into that issue as well:  Advocating for Truth:  GMOs