Back then, they called her a mongoloid.  This is now considered a derogatory term, but it was the norm when Eda was a child growing up in Iowa.  Eda Stek  was one of eleven children, born in 1903.  Her parents were John and Henrietta (De Wild) Stek.  She was a considered a special member of the family, having what  we would now call Down’s Syndrome.

Eda was short, sturdy and round.  She always wore a dress (with corset) and sturdy black old lady shoes.  She didn’t speak very clearly but her family could understand her.  It took Eda a long time, but she learned to write.  She would write Bible verses or short, simple letters.  When Eda’s mother was on her death bed, she made her other children promise to take care of their sister, and they kept their promise.   In those days, the only alternative for Eda in Iowa would have been a poorhouse.

When she stayed with her sister Nellie’s family, she  had her own room in the large farmhouse full of children.  Eda was given the room above the stove to help keep her warm.  She could be heard at night calling out for another sister, Marie who was a favorite of Eda.  But when she was at Marie’s, she would call out for Nellie.

Eda was terrified of storms.  Sometimes her nephews would tease her about that.

Mainly, Eda helped.  She fed chickens and helped her sister Nellie with  many household chores to her ability.

A great-niece recalled how much Eda loved children.  One day when her great-nieces arrived for a visit, Eda (by then in her fifties) was waiting.  She was so excited to see them, that she jumped up and down, cheering “Goody! Goody! Goody!”.  She filled her scrap books with magazine and calender pictures of children, animals and nature, and she would give the scrapbooks as gifts. 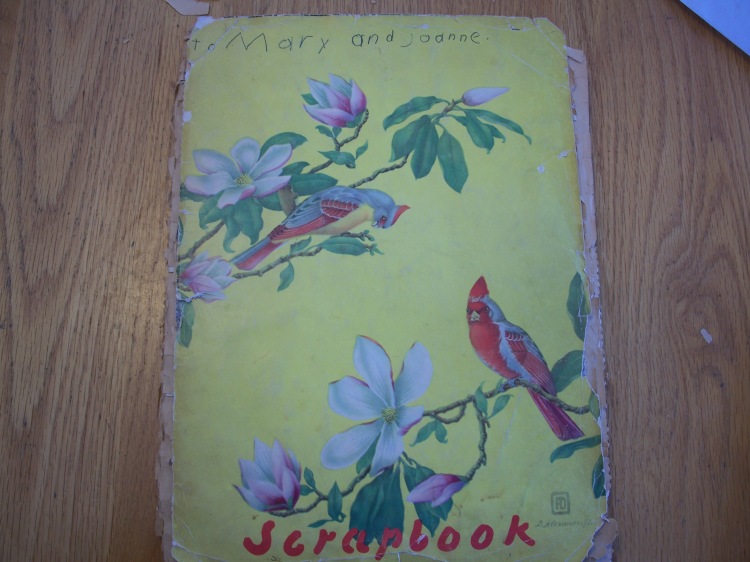 A scrapbook for Mary and Joanne, made by Eda.

A page from Eda’s scrapbook

Eda moved around frequently. Census records show that in 1930 she was living with her sister, Jennie and in 1940, she was staying with her brother, William and his family.  She might spend a couple of years with one family, and perhaps 6 months with another, but her siblings kept their promise to their mother, and Eda was spared having to live her life in a poorhouse.

When asked what she remembered about Eda, an  acquaintance from  church remarked,

I remember her most for her child-like faith. 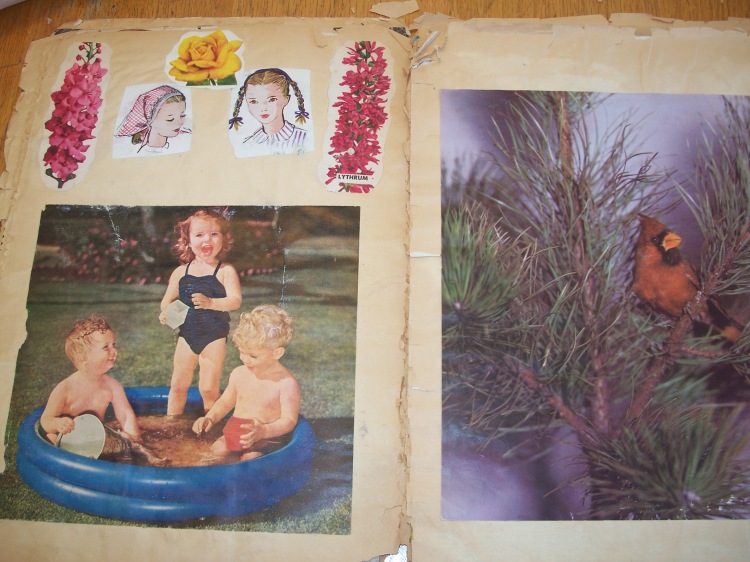 A page from Eda’s scrapbook.

All these family stories tell us a little bit about Eda.  But there is one  special story my grandma told me about her when I was seven years old.  I have never forgotten it.   This story has encouraged my faith in God, and my hope of heaven for many, many years.

For the last five years of her life, Eda resided in  the Pleasant  Park Nursing Home of Oskaloosa, Iowa.  She became more and more unresponsive.  A minister who visited Eda  before she passed away told me that he read the Bible and prayed for her, but she did not respond very well.  Eda’s days were drawing to a close.

On December 20, 1979,  after weeks of being bed-ridden and not speaking, Eda suddenly, amazingly sat up in her bed.  Looking up, seeing something nobody else in the room could see, she exclaimed with delight, loudly and clearly,

Eda sunk back into her pillow and died, moments later. 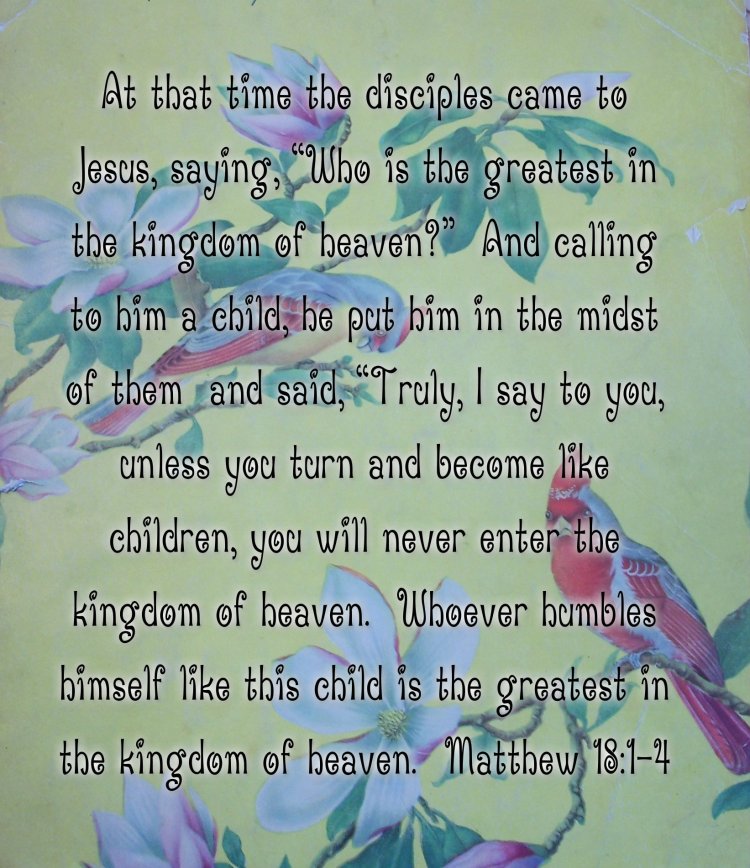 14 thoughts on “The faith of Eda Stek”