A true friend is the greatest of all blessings, and that which we take the least care of all to acquire. -Francois de La Rochefoucauld

Sara was a friend. Not just to me, but to many others. I’ve wanted to write about her for a long time, but the memories were bittersweet. I struggled to gather the words.

Marvin and David weren’t just cousins who happened to be neighbors. They became best friends. They went to the same church, the same Sunday school, and the same elementary and high schools. They played baseball at the farm and went to 4H Tractor Club. On Sunday afternoons they took walks, wandering around the Twin Lakes area.

Marvin and David grew up and each was married in 1970. Both became fathers for the first time in 1971 and they both had baby girls. That was Sara and me.

I suppose Sara and I played together since we were old enough to toddle around. Our parents often got together on weekends and for Bible study. Every year we attended New Year’s Eve service at church and then spent the evening talking, eating and playing games with our siblings until the exciting countdown to midnight. The next morning we would be at church, starting the New Year in God’s house.

Just like our dads, we attended the same church and Sunday school. We were in the same classes and grades all through our years at North Christian grade school. We played long days together in the summer, wandering all around the farm by Twin Lakes and often had sleepovers.  There were hours in her room with her amazing Barbie townhouse, complete with elevator. We dug up dusty dry calf bones behind the farm and pretended we had found an ancient dinosaur land.

John Deere mountain was what we named our special spot. We perched ourselves in the tall grass on a small hill above the farm. We hid there, talking and laughing as only two little girls can do. At my folk’s house we mixed up crazy concoctions in the kitchen and played with the cassette tape recorder for hours, creating silly radio programs and listening to them while we giggled late into the night.

Starting in second grade we took piano lessons together with Mrs. Grit.  Our moms took turns carpooling. The day that the tornado hit Kalamazoo in 1980, we were at Mrs. Grit’s house for our weekly lesson. We stopped at my aunt’s house to shelter in her cellar because my mom spotted the tornado over Westwood as she was driving us home. When Mrs. Grit moved to Costa Rica with her family to be missionaries, we switched to Mrs. Manni. We took turns  sitting at the dining room table and doing homework while the other had her lesson.

In high school, my cousin drove us to school every day for a couple of semesters. We sometimes carpooled to basketball games, cheering for our Kalamazoo Christian Comets.  We had several friends in common. After  graduating in 1989, Sara stayed at home with her folks and went to college. I moved in with my grandparents and went to work at a doctor’s office. We soon started getting together with friends every Sunday night after church. These were some of the happiest days I remember. Sara started dating Steve, the good-looking fellow who showed up in our Sunday school class in 6th grade. Many of us girls swooned over him, but it was Sara who won his heart.

I went away to college for one year. When I returned  home to Kalamazoo, Sara and I rented an apartment together. It was her first place away from her parents. We had great fun furnishing and decorating our little place. She would come home from her job at the flower shop and have Adventures in Odyssey on her car radio. I would have the radio on in the apartment and we would finish listening together. I can’t say how many nights were spent staying up late, talking and giggling.  There were serious conversations too, about our faith and relationships. It is almost crazy to admit, but at age 19, we joined with a group of friends for our first and only ballet class.  It was so fun(ny)! We loved having friends over and started a Bible study, too.

Sara talking on the phone and washing dishes in our apartment, 1992

A personal note from Sara.  The front of the card was inscribed with a verse:  “I know the plans I have for you,” says the Lord, “plans for good and not for evil, to give you a future and a hope.” -Jeremiah 29:11

One fine summer day, we were feeling a little tired and dull. We jumped into our friend  Jeff’s red Chevy Lumina  and he drove  a group of us to Lake Michigan. At the state park entrance booth, Sara pretended to give an order for McDonald’s, as if we were at the drive-thru. Because of that, we could not stop laughing. The guys gave up on us and walked down to the beach, but we remained in the back seat, rolling around, laughing and crying for at least ten more minutes. Then we laughed our way down to the beach; into the sun and waves and joy of a carefree day.

Tis the privilege of friendship to talk nonsense, and to have her nonsense respected. –Charles Lamb

On a warm August night in 1992, I had the honor of playing the piano for Sara and Steve’s wedding. Going though my old piano books, I found songs I heard her play while sitting at the dining room table doing homework at Mrs. Manni’s house. I found Scarlatti, Bach, Mozart and hymns from Sunday School. All my heart went into that prelude. Our friend Rhonda and her dad sang a duet and I played the piano for that too. Imagine my surprise when I walked out of the church, and there was our first piano teacher, Mrs. Grit!

Sara started teaching school and settled into married life. I married a couple of years later, and moved out of state. Sara and I wrote letters and talked on the phone at first, but gradually we became busy and didn’t keep up. Sara and Steve eventually had six children and started homeschooling. Despite living out of state, I could count on seeing Sara and our group of friends every New Year’s Eve or 4th of July whenever I was in Kalamazoo.  It was always easy to get together on these occasions and catch up on our lives.  Eventually I moved back and we continued our tradition of gathering with our friends twice a year.

Nearly every time a year turned over, Sara and I were together.

These days our parents still get together. They go out to eat. Once a month they still have Bible study with their group of friends. You will always find them celebrating New Year’s Eve at one or the other’s home.

Sara is gone too. She left us suddenly one day seven years ago. She fed her family supper, went to lay down for a rest, and quietly slipped away to heaven. We later learned she had a rare heart condition.

For a long time my heart went flat too. Flat with missing, flat with grief. Flat with fear of loving and losing. It is taking a long time to heal and maybe it never will.

I have had losses. I’ve lost babies. I’ve lost my uncle. I’ve lost young friends and old friends and great aunts and uncles and grandparents. Truthfully, I don’t cry about them anymore, but sometimes I still cry about Sara.  I miss laughing together. Really, I just miss her.

Sara had a way of spending time, listening and being present with people. You can see by her notes that she was also an encourager. People were drawn to her, but she never wanted to draw attention to herself. She was living her dream of family, children and homeschooling. God only knows why her time was up, but it was. Sara trusted God with all her heart. I trust Him too, but  I admit it took  time to trust again after she was gone. I have faith in God that I will see her again and  someday all the sorrow of missing her will be gone forever. 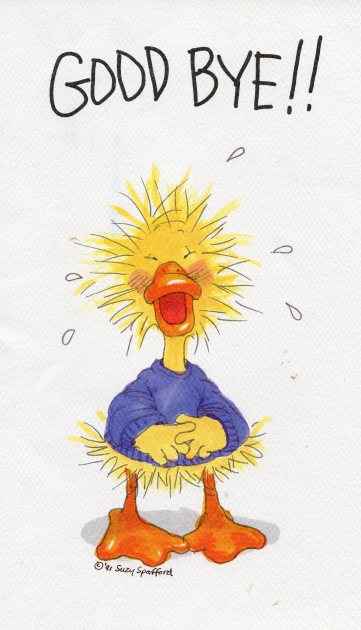 News article about Sara from The Kalamazoo Gazette

An online memorial (note this was created by someone named Karen, but not myself)

Update on the family  – God is amazing!

*Some years ago I wrote down memories of Sara from childhood to give to Sara’s children, similar to what I’ve shared here. Mrs. Kamps  sketched this lovely picture for me to include with the stories.

You comments are always welcome and appreciated. If you knew Sara and have a memory you’d like to share, you are welcome to add those in the comments too.  I’m sure family and friends would enjoy reading them. Note: I  moderate comments to prevent spam, so they will appear after I’ve approved them.